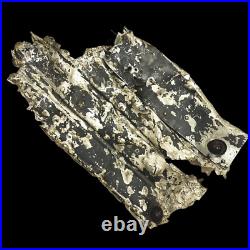 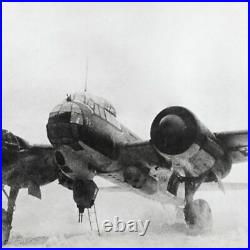 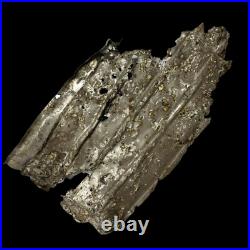 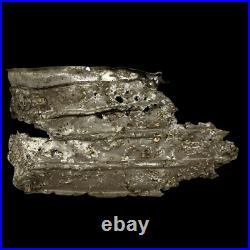 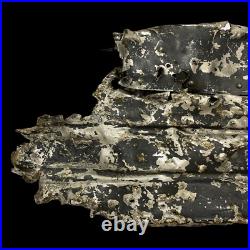 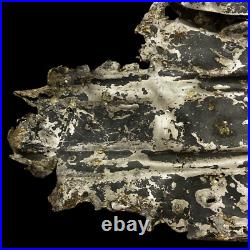 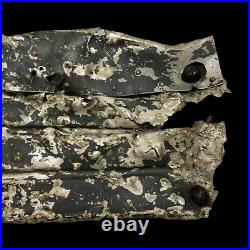 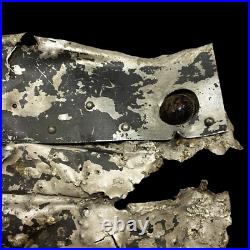 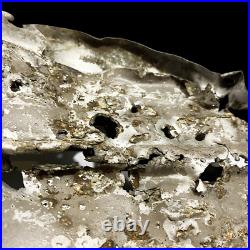 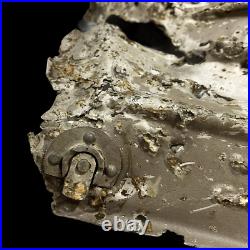 This is a one-of-a-kind chance to own an amazing piece of a shot down Luftwaffe cockpit access hatch from a German Ju88 A4. The Junkers Ju 88 was a German World War II Luftwaffe twin-engined multirole combat aircraft used during the Invasion of Poland, Battle of Norway, Battle of France, Battle of Britain, Eastern Front and the Italian Campaign. Junkers Aircraft and Motor Works (JFM) designed the plane in the mid-1930s as a so-called Schnellbomber ("fast bomber") that would be too fast for fighters of its era to intercept. It suffered from technical problems during its development and early operational periods but became one of the most versatile combat aircraft of the war. Like a number of other Luftwaffe bombers, it served as a bomber, dive bomber, night fighter, torpedo bomber, reconnaissance aircraft, heavy fighter and at the end of the war, as a flying bomb.

This is a piece of a German Ju88 aircraft access hatch was imported from Europe and was recovered from the crash site of a Ju88. We were able to obtain one of the rarest and most sought after pieces as this section of the plane still maintains much of the original paint as well as shows some of the visible bullet holes in the upper section of the panel. The fragment section of the access hatch measures a large 13.5 inches across by 7.5 inches tall at its highest point. This item is in the category "Collectibles\Militaria\WW II (1939-45)\Original Period Items\Germany\Personal, Field Gear". The seller is "premierrelics" and is located in this country: US.