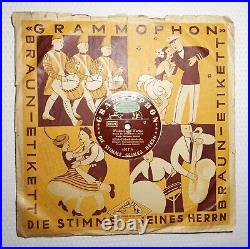 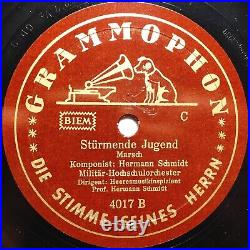 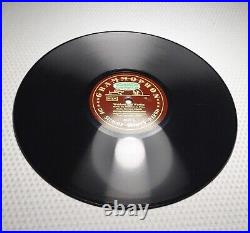 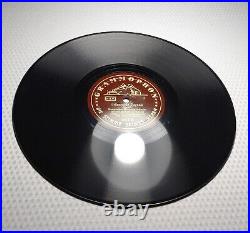 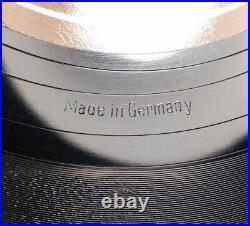 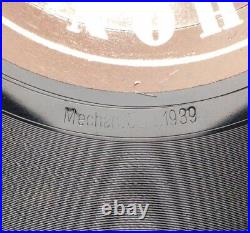 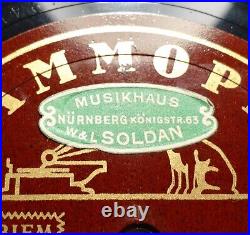 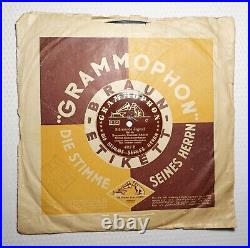 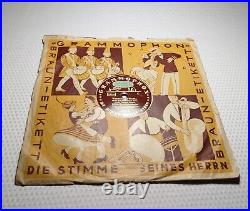 Rare 78rpm shellac record with two German WW2 marches, original first pressing! Wartime recording, released after the German occupation of Poland in 1939! Hermann Schmidt, the composer of the songs! "WEICHSEL UND WARTHE (Marsch Der Deutschen In Polen) / STÜRMENDE JUGEND". Played by : Militär-Hochschulorcheste German military college orchestra from the Third Reich era. Shiny and glossy record, could be unplayed! Couple of light surface marks, no impact on audio, whole record plays loud and clear! The record can be played also with a modern turntable, which has a shellac stylus. In case of interest have a look also at our other WW2 German 78rpm records for sale. 78rpm records are sent in special boxes, between cardboard layers and softening material around. Unplayed and showing no signs of wear. Playing surfaces still retain much of their original shine.

Surface and extraneous noise is noticeable, but does not overwhelm the music. Shows considerable wear and usage, grayness in the grooves, random mars and light abrasions from a sleeveless. I ndicates the lowest grades of the condition code. This item is in the category "Music\Vinyl Records".

The seller is "fordevotion" and is located in this country: EE. This item can be shipped worldwide.