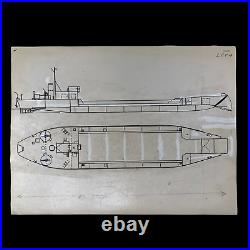 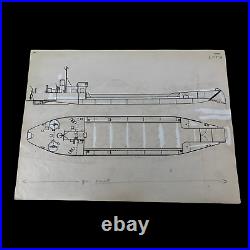 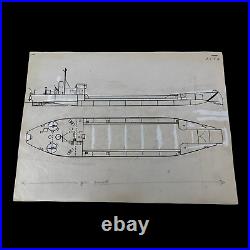 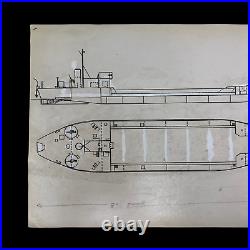 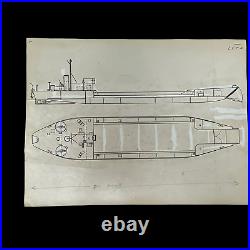 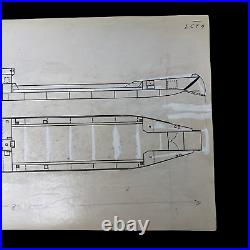 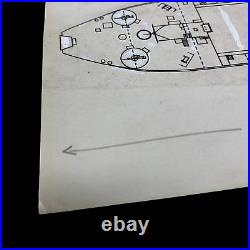 The LCT (Landing Craft Tank) is the largest landing craft of the British Army. This building is the English equivalent of the American LST and can carry up to 136 tons of cargo. Nearly 6 different versions (from Mark 1 to Mark 6) were produced during and after the Second World War, and the Mark 4 model was the most manufactured.

Widely used during the Battle of Normandy to transport men, food and equipment, the Landing Craft Tank also serves under the American flag. This blueprint of the LCT (4) is a rare revision that shows the original heavy annotated and engineering revisions in white. This would have been done to improve upon structural designs from the previous MARK 3.

The Mark 4 had a much wider beam than the Mark 3. Built for use in the English Channel, it had a displacement of 586 tons and was powered by two 460 hp Paxman diesel. With a capacity of 350 tons, it could carry nine Sherman or six Churchill tanks.