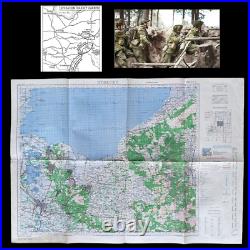 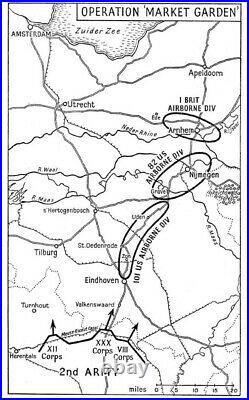 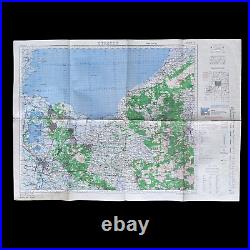 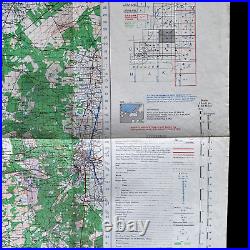 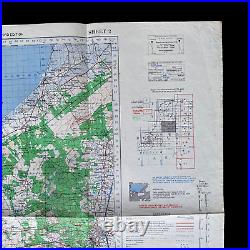 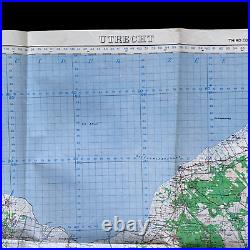 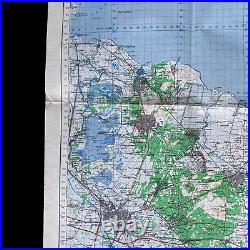 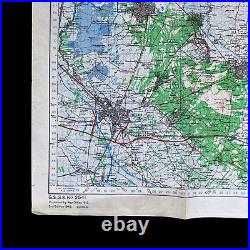 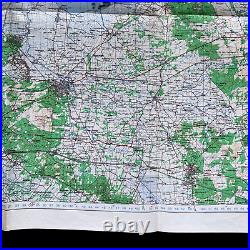 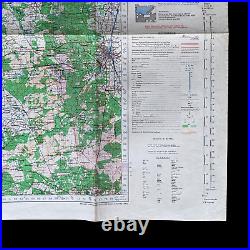 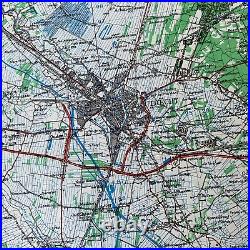 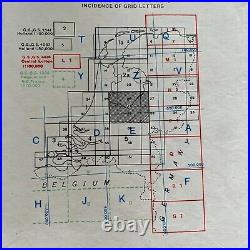 This incredible special edition print WWII combat map title "UTRECHT" was used during Operation Market Garden. In the summer of 1944 General Bernard Law Montgomery came up with an ambitious scheme to cross the River Rhine and advance deep into northern Germany and shorten the war. Codenamed'Market Garden', his plan involved the seizure of key bridges in the Netherlands by the 101st and 82nd US Airborne Divisions, and 1st British Airborne Division who would land by parachute and glider.

Then the British 30 Corps could advance over the bridges and cross the Rhine and its tributaries. The bridges were at Eindhoven, around 20 kilometers (13 miles) from the start line, Nijmegen, 85 kilometers (53 miles), and Arnhem, 100 kilometers (62 miles) away, as well as two smaller bridges at Veghel and Grave that lay between Eindhoven and Nijmegen.

If successful, the plan would liberate the Netherlands, outflank Germany's formidable frontier defenses, the Siegfried Line, and make possible an armored drive into the Ruhr, Germany's industrial heartland. This map is a special edition print issued only to those 101st US Airborne and 82nd US Airborne Divisions, and 1st British Airborne Division participating in the assault. Most of these were to the issue standards and were then folded to the area of operations to fit in the pockets on the type paratrooper jackets. During operation market Garden paratroopers were issued multiple maps of the surrounding area (in case of an "early" glider landing).

Utrecht is located very close to Arnhem which was the official target for the 1st British Airborne Division just north of Nijmegen of the 82nd US Airborne Division. This UTRECHT map would have been distributed to all paratrooper divisions. Below is an excerpt of a 101st Airborne Airborne Division veteran who sent home another map just like this one back home to his family after the operation. The map is folded as I carried it that day. I landed near Zon and was at the Wilhelmina Canal when the Germans blew up the bridge. The next day, September 18 I was in Eindhoven, a great day for everyone. When or if I get to see you at your home, perhaps I can talk about and see the places I will never forget. We spent many weeks on the dike across the river from Arnhem. The dirty part of the map at the top is the way it was folded then. This item is in the category "Collectibles\Militaria\WW II (1939-45)\Original Period Items\Great Britain\Personal, Field Gear". The seller is "premierrelics" and is located in this country: US. This item can be shipped worldwide.