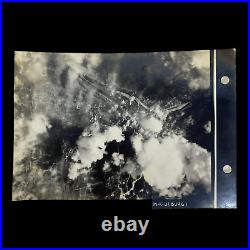 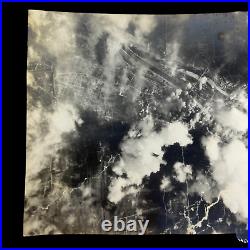 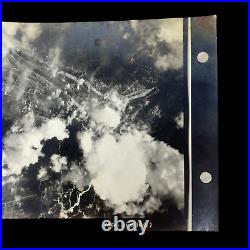 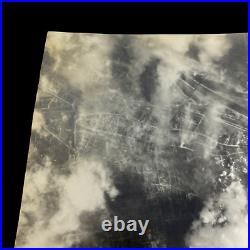 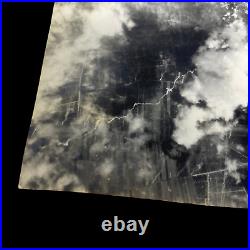 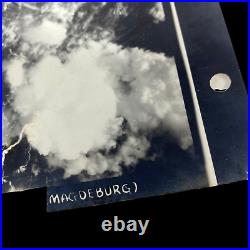 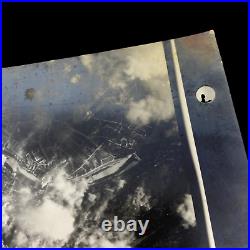 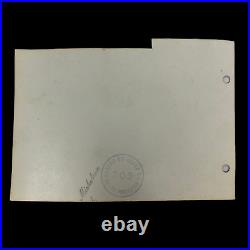 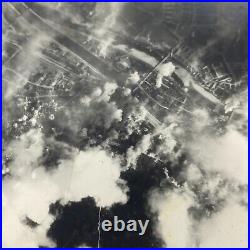 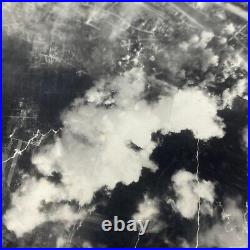 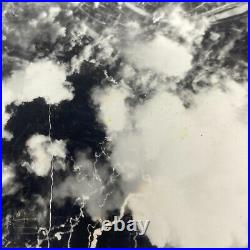 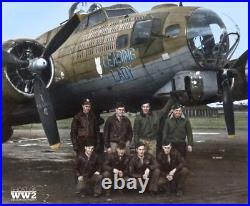 This incredible WWII mission raid photographed was taken during an aerial raid of the German town of. 305th Bombardment Group (Heavy), nicknamed "Can Do".

Of the infamous 8th Air Force, this original mission photograph was developed shortly following the mission from one of the surviving B-17 aircraft. This specific 8th Air Force mission was targeting. Synthetic oil refineries near Magdeburg, Germany. These mission raid photographs are rarely traced back to the original bomb group, so it is incredible to have such an amazing theater-printed raid photograph from one the most famous and decorated Bomb Groups of WWII. These intelligence photographs provided the U. Military operating in the European Theater with post-mission damage assessments, updated photographs of the area, updated FLAK and OPERATIONS maps, and more. During their tour of duty the Group flew 337 missions in 9,321 sorties and dropped 22,363 tons of bombs. The Group lost 154 aircraft MIA; 13 of those losses occurred on the famous "2nd Schweinfurt" mission of 14-Oct-1943, the most losses of any Bomb Group participating in that action. Because of the losses the Group sustained on that mission, the Group was given the German flag that flew above that city when it was captured by the US 42nd Infantry Division in April 1945. This is an incredible piece of WWII history and would make an amazing addition to any WWII collection. This item is in the category "Collectibles\Militaria\WW II (1939-45)\Original Period Items\United States\Field Gear, Equipment". The seller is "premierrelics" and is located in this country: US.