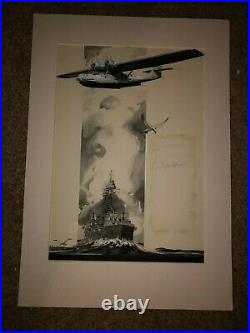 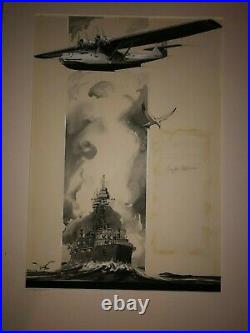 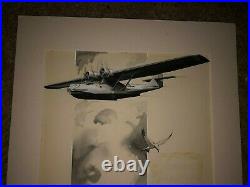 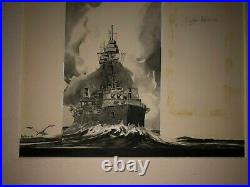 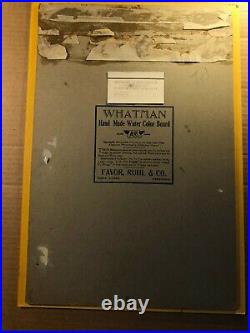 Here is a stunning rare original signed advertising art painting from the 1930s of the then-new. Consolidated PBY Catalina military plan flying over a warship, done for The Consolidated Aircraft Corporation. The PBY Catalina was instrumental in winning WWII, performing anti-submarine operations, rescuing downed flyers in the ocean, reconnaissance, and bombing missions throughout the war.

A PBY Catalina was the first plane to spot the German battleship Bismarck, allowing it to be sunk, and also the first plane to spot the Japanese fleet at the Battle of Midway, allowing the Americans to sink 3 aircraft carriers. PBY Catalinas were also used in night bombing missions, where they were painted black. The PBY was one of the first US aircraft to carry radar. At first this was a metric wave radar with arrays of dipole antennas on the wings, and later a centimetric radar in a fairing on top of the cockpit. A Leigh light was installed under the wing. Dimensions art board: 14" by 20". The item "Rare Original Signed Advertising Illustration Painting 1930s Military Plane WWII" is in sale since Sunday, September 13, 2020. This item is in the category "Art\Paintings". The seller is "pengang" and is located in Marietta, Georgia.