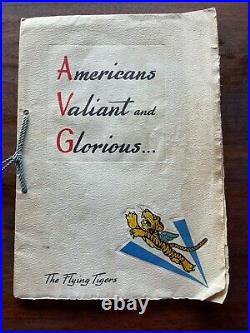 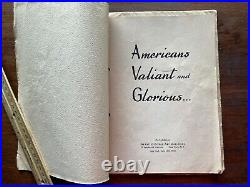 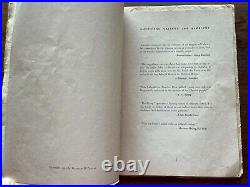 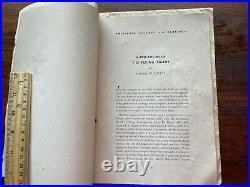 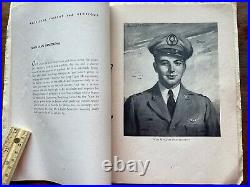 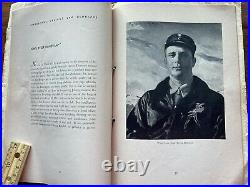 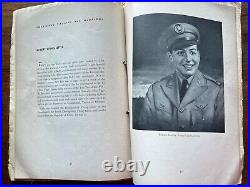 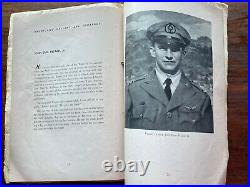 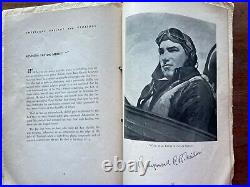 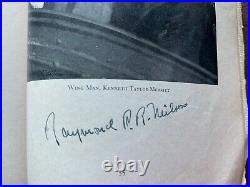 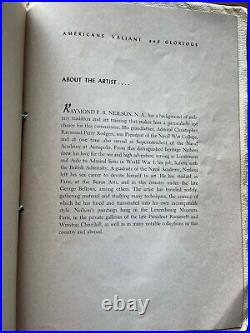 A rare and unusual 1945 "On Exhibition" catalogue for an exhibit of paintings of members of "The Flying Tigers". The Exhibition Booklet was prepared for an Exhibition at Grand Central Art Galleries in NYC. The show ran only from July 2nd to July 13th, 1945. The booklet includes statements by Winston Churchill, General Chiang Kai-shek, and Clare Boothe Luce, among others, with a history of the Flying Tigers written by William D. But the heart of this catalogue are the portraits, photographed in black and white, with each of their stories, of the men of the Flying Tigers.

Their mission was to bomb Japan and defend the Republic of China, but many delays meant the AVG first flew in combat after the US and Japan declared war. SIGNED BY THE ARTIST RAYMOND P. NEILSON, who did all of the paintings of the Flying Tigers, below the photo of his painting of Wing Man, Kenneth Taylor Merritt.

This item is in the category "Collectibles\Militaria\WW II (1939-45)\Original Period Items\United States\Photographs". The seller is "platinumjimbooksandmore" and is located in this country: US. This item can be shipped worldwide.