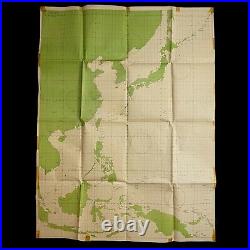 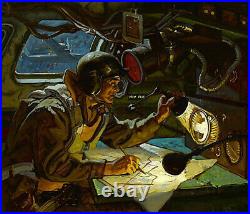 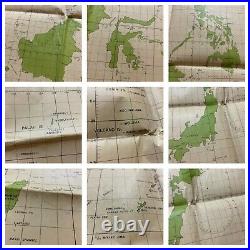 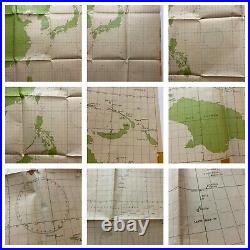 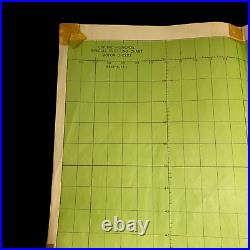 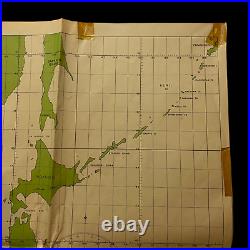 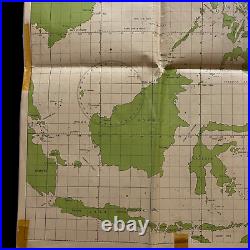 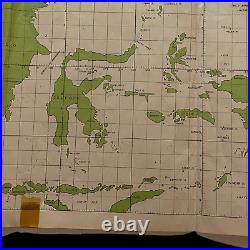 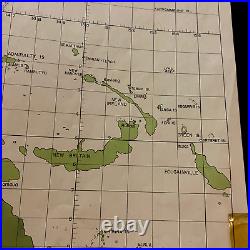 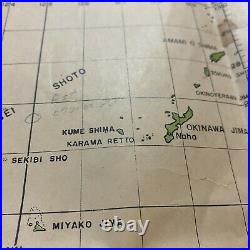 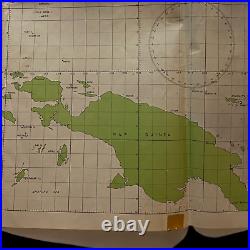 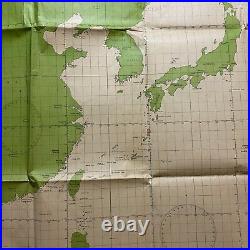 Extremely Large Navigational Plotting Chart. This map contains in flight navigational markings done by the navigator and are located near Okinawa and Formosa (Taiwan). Marked "CINCPAC - CINCPOA" (Commander in Chief Pacific Fleet Headquarters) and titled "Special Plotting Chart" JICPOA (Joint Intelligence Center Pacific Ocean Area) D-222 this bomber navigational map is labeled'RESTRICTED'. This map was designed specially for B-17, B-24 and B-29 Pacific Theater bombing air navigation and is one of a very few that are known to exist today from the rare D-222 series. Joint intelligence production extended to theater level as well.

Each JICA, for instance, produced limited theater intelligence, conducting studies when other means were unavailable. The most significant theater production effort, however, occurred in the central Pacific, with the Joint Intelligence Center Pacific Ocean Area (JICPOA). This activity was established in September 1943 to collect, collate, evaluate, and disseminate strategic and tactical intelligence for the commander in chief, Pacific Ocean Areas. Truly joint, it fully integrated representatives from all the services. JICPOA became an intelligence factory, producing various area handbooks, maps, and intelligence summaries aimed at supporting theater combat operations.

The products were used by operational planners and commanders in drafting plans for operations from Galvanic (Tarawa) to Downfall (the invasion of Japan). This map was used exclusively for special B-17, B-24 and B-29 bombers operating in the Pacific Theater.

These maps were printed extremely large and were meant to be folded in multiple ways as the bombers moved from island to island using the placements on the map the compass heading to mark and denote the flight path to target or runway. With multiple places on the map for the bombing navigator to place the aerial navigational compass, this map was intended for a wide range of use for bombers and U.

Planes across all of the Pacific Islands. This map played an extremely vital part of the war and was heavily used by a U. Bomber navigator in the Pacific Theater. This map shows some of the most infamous islands in the Pacific ranging from as far down as New Guinea, Borneo, Celebes, Philippines, Peleliu, the Marianas Islands, Iwo Jima, Okinawa, and the infamous homeland of Japan. Strategic bombing, approach to aerial bombardment designed to destroy a country's ability to wage war by demoralizing civilians and targeting features of an enemy's infrastructure-such as factories, railways, and refineries-that are essential for the production and supply of war materials.

Some definitions of strategic bombing, however, also include roles for supporting ground troops in combat operations. Strategic bombing is a facet of total war, the enlistment of a society's entire resources to aid in a conflict. This item is in the category "Collectibles\Militaria\WW II (1939-45)\Original Period Items\United States\Field Gear, Equipment". The seller is "premierrelics" and is located in this country: US. This item can be shipped worldwide.