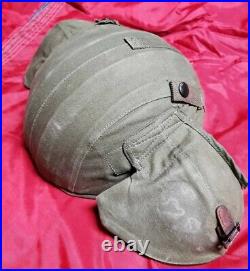 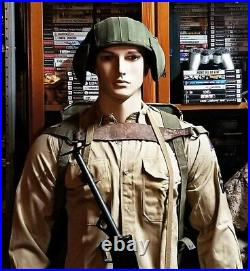 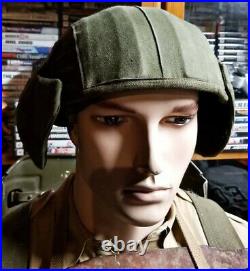 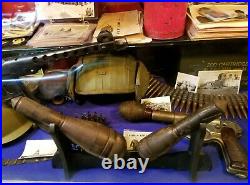 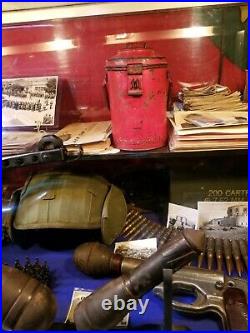 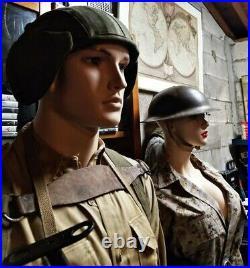 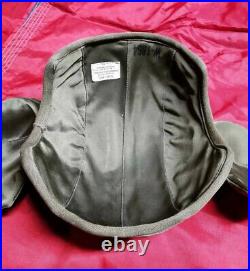 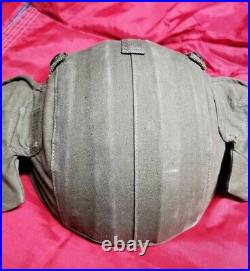 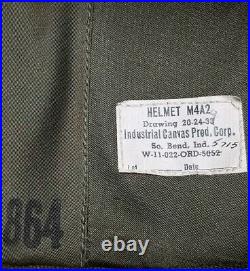 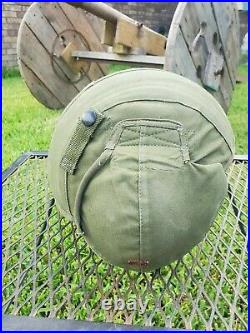 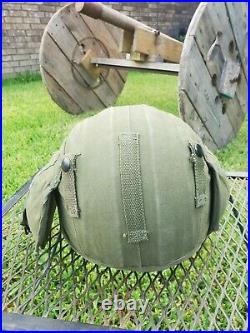 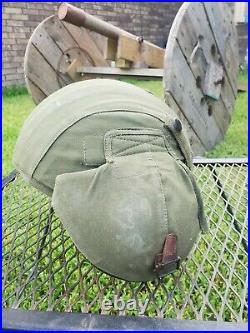 Rare WW2 USAAF Flak m4a2 helmet. WW2 USAAF Type M4A2 flak helmet. The M4A2 was the last in line of a family of flak helmets based on the Grow helmet, originally designed by the surgeon of the 8th Air Force, with the objective to increase the effectiveness of existing standard issue protection clothing for bomber crews. The result of (at the time) Col.

Grows initative under the full support of the Commanding General 8th AF was a design which offered slightly less protection than the M-3, but which was lighter and smaller, thus more suitable for cramped gun turrets. It was odered in an initial batch of 19'000 and produced in England by the Wilkinson Sword Co. The US Ordnance Department evaluated the Grow helmet in the U. And after official approval it was produced in the U. And became standard issue as the M-4 anti flak helmet in December 1943.

An improved version designated M4A1 was introduced in April 1944 and replaced the M-4 as standard. Tha last in line of this family is the M4A2 which inherited the overlapping steel plates construction (combining strength and protection while providing some flexibility) from its direct predecessors.

It is covered with heavy olive green fabric an lined with nylon. The earflaps, which consist of doomed steel plates inserted into fabric covered pockets, were sewn to the helmet at the top, forming a hinged opening. This arrangement allowed a great range of movement which enabled the helmet to be doomed over a conventional flying helmet fitted with earphones, without compromising protection.

The item "Rare WW2 USAAF Flak m4a2 helmet" is in sale since Saturday, September 11, 2021. This item is in the category "Collectibles\Militaria\WW II (1939-45)\Original Period Items\United States\Hats & Helmets". The seller is "the_36ixth_chamber" and is located in Toronto, Ontario.