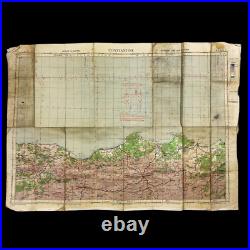 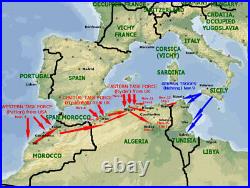 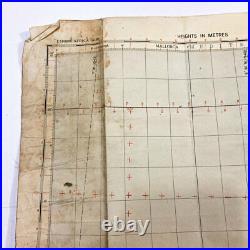 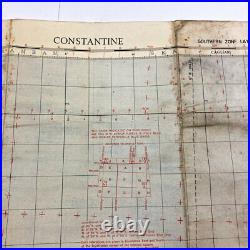 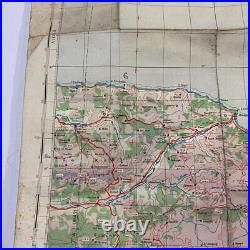 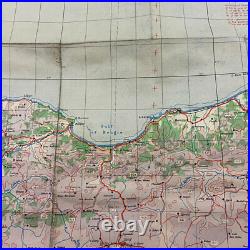 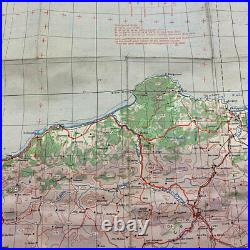 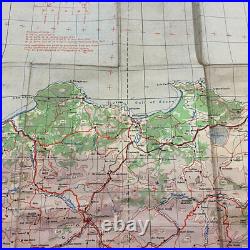 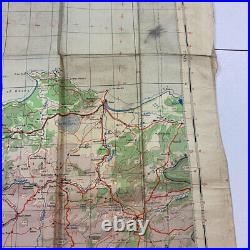 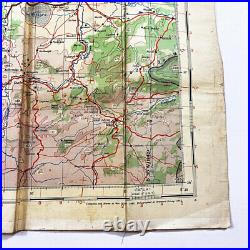 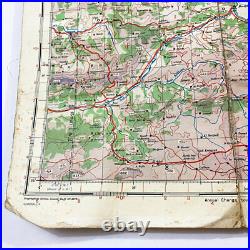 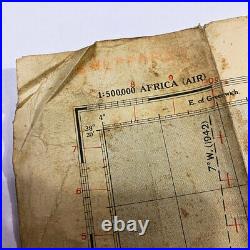 Size: 24 x 33 inches. Letter of Authenticity' is included. On November 8, 1942, the military forces of the United States and the United Kingdom launched an amphibious operation against French North Africa, in particular the French-held territories of Algeria and Morocco. That landing, code-named'Torch,' reflected the results of long and contentious arguments between British and American planners about the future course of Allied strategy - arguments that were finally stilled by the intervention of the American president, Franklin D. In both a direct and an indirect sense, Torch's impact was enormous on the course of Anglo-American strategy during the remainder of the war. It may have been the most important strategic decision that Allied leaders would make. In fact, this amphibious operation inevitably postponed the landing in France until 1944, but at the same time it allowed the United States to complete mobilization of its immense industrial and manpower resources for the titanic air and ground battles that characterized the Allied campaigns of 1944. It was the first mass involvement of US troops in the European-North African Theatre, and saw the first major airborne assault carried out by the United States.

This original WWII'Europe Air' map titled "Constantine" shows the costal land near the town of Algiers, where the Eastern Task Force (Ryder) from the UK made their amphibious assault on the beach. Following their landing near Algiers on November 8th, the task force assaulted enemy positions along the coastal front as they pushed towards the towns of Constantine, Bougie, and Biskra. Supported by air, Allied bombers paved the way for the assault group to progress as quicky as they did. The landing location of the Eastern Task force of Operation Touch comprising 23,000 British soldiers of the British 78th Infantry and 10,000 soldiers of the U.

9th and 34th infantry divisions. This map is an'Air' map and would have been used by Allied bomber crews providing support for the landing troops below. The map contains extensive wear and signs of heavy use as it was most likely used for navigational flight lines and objectives along the coast following the initial Allied D-Day landing.

This map was vital in the invasion of Operation Torch which landed over 100,000 U. And British troops at nine beachheads along the Moroc­can and Algerian coasts, assisted by 670 vessels and heavy air cover. During the eight-day operation, Allied forces suffered close to 500 dead and 720 wounded; Vichy forces suffered nearly 1,400 dead and 2,000 wounded. On November 8, 1942, Allied forces launched Operation Torch.

Primarily an American undertaking, it was the beginning of a new phase in WWII - one in which American troops fought on the ground in North Africa. For the Americans, it was a tense moment. Most of them had never seen combat. They did not know how they would be received by the Vichy French occupying the region.

As they approached the African coast in landing craft under cover of darkness, one of their three targets was the area around Algiers. For the 168th Combat Division, an infantry force taking part in the landings, getting to the right beach proved tougher than expected. A British submarine was waiting for them just off the coast of their landing beach. They were meant to find the correct beach by steering their landing craft through the darkness toward the lights of the submarine.

However, lights from houses and cars on land confused the men steering the landing craft. Troops became scattered up and down the coast, some returning to their craft and setting back out to sea to find the right place. A thick fog prevented them from finding the troop transports and caused delays in bringing more troops ashore.

Meanwhile, a small group of French officers was taking an incredible risk. Their country had surrendered to the Germans and they were officially allied to the pro-German Vichy regime. However, General Mast had secretly met with the Americans before the invasion. He had agreed that, together with other pro-Allied officers, he would detain pro-German officials and leaders on the night of the attack.

As a result, many Americans met friendly French troops who celebrated their arrival. Many met General Mast as he drove back and forth, trying to ensure the invasion went smoothly. General Mast's superiors had sent out commands countermanding his order to his men to surrender. In some places, the Allies faced a fight. One of the most important parts of the invasion was capturing the port of Algiers.

It had to be done quickly so pro-Axis forces could not sabotage the facilities there. Two British destroyers loaded with American infantry steamed toward the port. After two failed attempts, one of them managed to break through the barrier at the harbor mouth and unload its troops onto the docks. Left alone at the docks, the infantry engaged in a fierce firefight with Senegalese troops backed by tanks. After hours of fighting, and with no support in sight, the Americans surrendered.

East of Algiers, the British 1st Commando and a platoon of the American 34th Division made their landing. Their task was to destroy two coastal gun emplacements at Cap Matifou. The British seized the first emplacement, but the Americans became pinned down outside the other fort. The British moved up to support them and, as the sun rose, called in bomber support. With the pressure mounting, the doors of the fort swung open. The Allies rushed in, seizing control. This item is in the category "Collectibles\Militaria\WW II (1939-45)\Original Period Items\United States\Field Gear, Equipment".