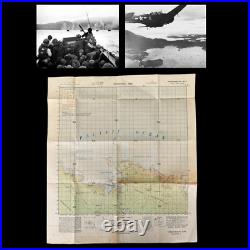 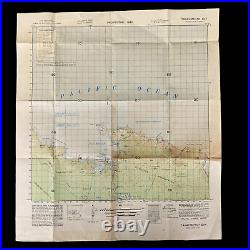 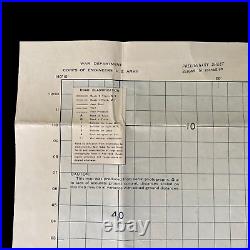 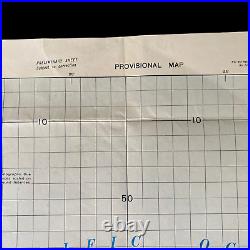 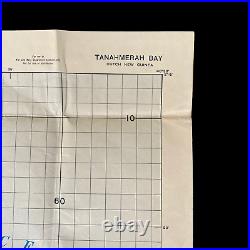 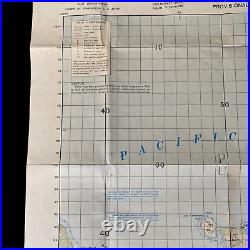 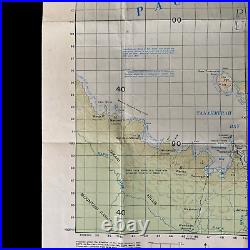 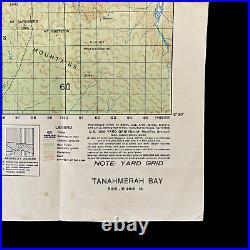 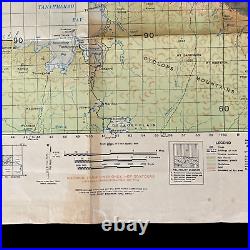 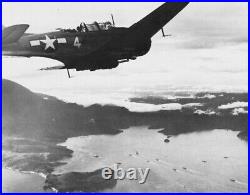 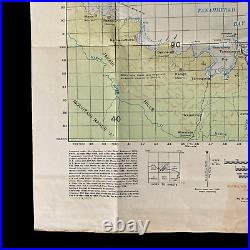 The transfer to small craft, although hampered by rough seas in the transport area, was completed about 0535, and the leading waves formed rapidly. Naval fire support vessels, operating under the command of Rear Adm. Crutchley (RN), picked up their landmarks through the mist as best they could, and at 0600 the roar of 8-inch guns from the heavy cruisers HMAS. Shattered the silence of the steaming tropical morning. To this din was added the sharper crack of 5-inch and 4.7-inch weapons from American and Australian destroyers.

The fire continued until 0645, by which time 600 rounds of 8-inch and 1,500 rounds of 5-inch and 4.7-inch ammunition had been expended. The naval bombardment was carried out according to plan and without a response from the Japanese shore. Despite the unfavorable weather, Task Force 58 had managed to maintain planes on air alert over the Hollandia area since dawn.

No enemy aircraft flew up from the Hollandia fields, and the few apparently operational planes sighted on those strips were strafed. In general, there were no indications that Japanese defenses or defenders existed in the Tanahmerah Bay area. Task Force 58's scheduled bombing and strafing missions for that region were therefore canceled. As the leading wave of landing craft, vehicle and personnel (LCVP's), approached RED Beach 2, which was obscured by smoke from the naval bombardment, a rocket barrage was laid on the landing area by one Seventh Fleet LCI and two landing craft, support (LCS's), of the 542d Engineer Boat and Shore Regiment.

Machine guns mounted aboard the leading LCVP's kept up a steady fire against the beach. There was no answer from the Japanese and the only opposition to the landing was scattered small arms and light automatic weapons fire from points far on the flanks of the beach and from a small island in Tanahmerah Bay. This fire was so quickly silenced by supporting destroyers that the assault waves suffered no casualties before reaching shore. The first group of LCVP's, carrying men of the 3d Battalion, 19th Infantry, and the 2d Battalion, 21st Infantry, was eight or nine minutes late in reaching RED Beach 2.

But this tardiness did not prevent a successful landing, and after orders were issued to add eight minutes to the starting time of each, succeeding waves were almost perfectly timed. Tactical surprise was evidently complete. No Japanese defended the beaches and the two assault battalions had no difficulty occupying the initial beachhead. The 3d Battalion, 19th Infantry, quickly secured the northern portion of the beachhead and immediately dispatched patrols east and north to probe suspected enemy positions. The 1st Battalion, following the 3d ashore, went into an assembly area to act as local reserve and to make ready to aid in unloading supplies at the water's edge if that proved necessary.

The 2d Battalion, 21st Infantry, took the southern half of RED Beach 2 with similar ease. The 3d Battalion of that regiment quickly followed the 2d ashore and sent Company I south to look for the trail expected to connect with RED Beach 1 at Dépapré.

Company A of the 21st Infantry led the way to RED Beach 1 aboard LVT's of the 542d Engineer Boat and Shore Regiment, protected by the 2d Engineer Special Brigade's Support Battery craft. Scheduled for 0725, Company A's landing actually took place about twenty minutes late. LVT's on the flanks of the initial waves had to cross coral barrier reefs on their way to the shore, while in the center only two LVT's at one time were able to proceed abreast through a narrow channel in the reefs. The landing was unopposed, and the remainder of the 1st Battalion, 21st Infantry, moved ashore quickly.

Red Beach 1 contained a veritable maze of trails which crossed each other, recrossed, and wandered off toward all points of the compass. The 1st Battalion thus found it difficult to accomplish one of its principal missions--locating the beginning of the road leading inland to Lake Sentani and the airfields. After an hour's search, the entrance to this important trail was discovered about 500 yards south-southeast of Dépapré. While that reconnaissance was under way, Company A secured and expanded the beachhead. Huts which had survived the naval bombardment were carefully searched, footpaths throughout the area were explored, a few Japanese stragglers were killed, and some potential supply-dispersal areas were located.

Back at RED Beach 2, which had been intended as the principal landing area for both troops and supplies, operations were not proceeding according to plan. General Irving, when he assumed command ashore at 0930, found the terrain at Red Beach 2 much more difficult than he or members of his staff had anticipated. A major change in landing plans, not only for the 24th Division but also for the rest of the RECKLESS Task Force, seemed imminent. This item is in the category "Collectibles\Militaria\WW II (1939-45)\Original Period Items\United States\Field Gear, Equipment".