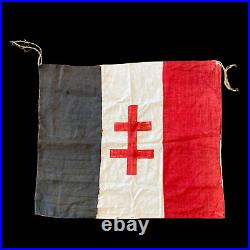 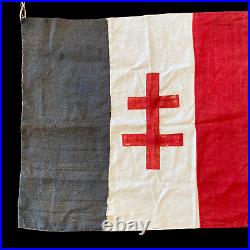 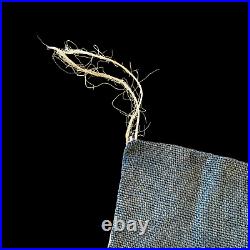 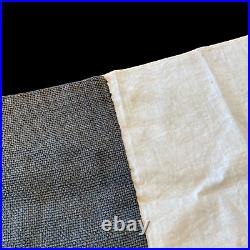 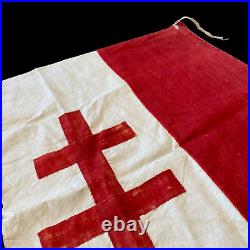 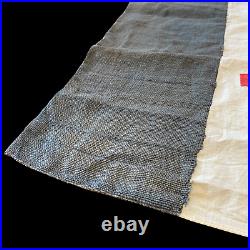 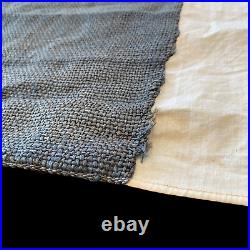 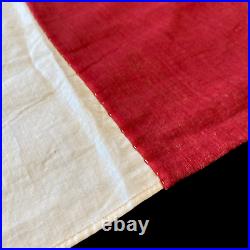 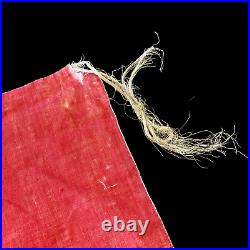 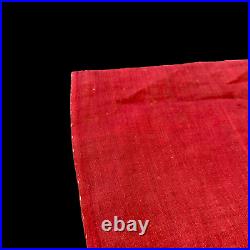 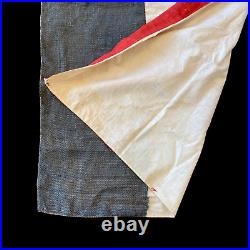 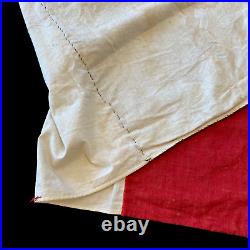 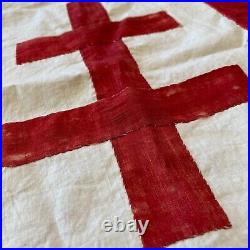 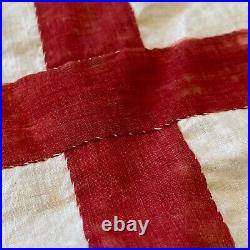 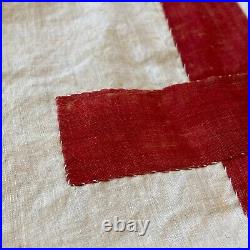 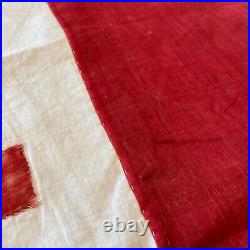 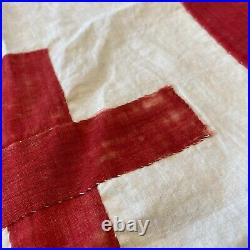 For sale is a rare and historic piece of French history - a hand-made liberation flag that was made for and flown during the liberation of Paris during World War II. This flag was made by the people of France as a symbol of their resistance against the occupying German forces, and was proudly flown throughout the city as Allied forces liberated Paris from German control. The liberation of Paris was a pivotal moment in the war, as it marked the beginning of the end for the German occupation of France.

On August 25, 1944, Allied forces entered the city and began the process of freeing it from German control. This flag was one of many that were flown during this time, as the people of Paris celebrated their long-awaited freedom. In anticipation of the Allied liberation of their town, many citizens in France secretly made Allied "Liberation Flags".

Their make-do attributes are nearly limitless. A lack of specific knowledge about the flag itself, a lack of time, and a lack of suitable materials in an utterly devastating region combine to result in a collection of flags where nearly every example is unique and rare. French civilians caught making liberation flags during the German occupation were in great danger.

This liberation flag is made out of many different cloth materials which makes it one of a kind and very unique. The blue of the flag is made with a heavy-duty burlap-type bag fabric and the white and red are made with tablecloths and other more delicate fabric. All of this is hand-sewn as well. This flag is a unique and valuable piece of history, and would make a fantastic addition to any collection of WWII memorabilia.

Don't miss your chance to own a piece of WWII history! This incredibly rare hand-sewn World War II liberation flag done for the liberation of Paris, France from German divisions would make an incredible addition to any World War II collection. Please note that this flag comes with a certificate of authenticity and photo verification for double authentication purposes.

This item is in the category "Collectibles\Militaria\WW II (1939-45)\Original Period Items\United States\Field Gear, Equipment". The seller is "premierrelics" and is located in this country: US. This item can be shipped to United States.