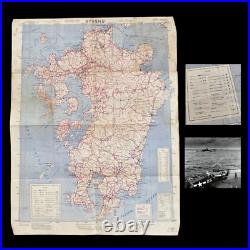 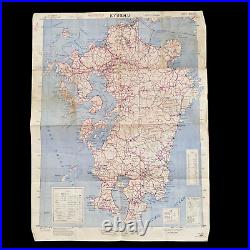 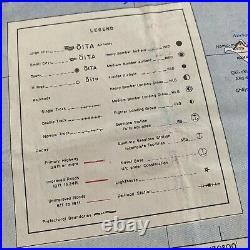 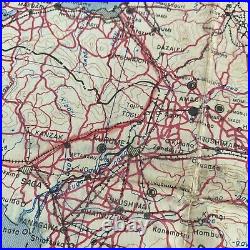 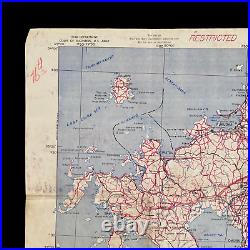 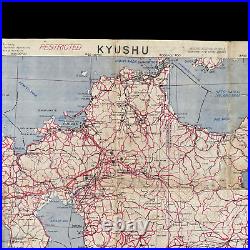 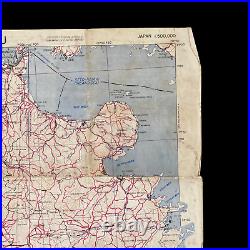 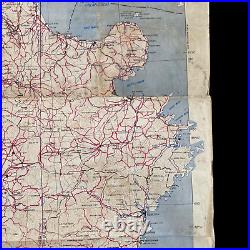 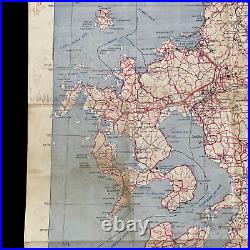 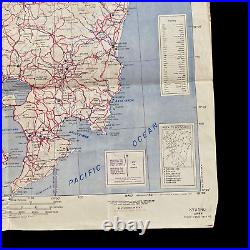 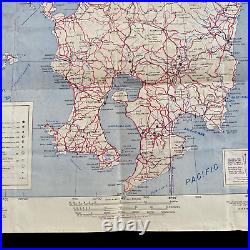 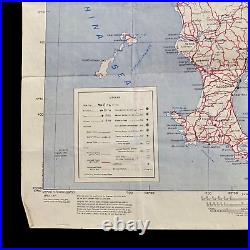 Printed in 1945 this incredibly rare WWII Pacific Theater operations map titled "KYUSHU" is a'SPECIAL STRIKE MAP' with a very rare print count. Marked'RESTRICTED' while in use within the combat area this U. Aerial raid strike map would have been used by US Navy Task Force 58 and the US Army Far East Air Force located in the Kyushu combat zone participating in strikes against the Japanese mainland and attacking airfields in southern Kyushu at this time.

This operations strike map was used for planning strategic aerial raid attacks and heavy bombardment missions against strategical military installations and airfields of the Japanese. The very rare and RESTRICTED legend features the areas and locations of Japanese such as. JAPANESE HEAVY BOMBER LANDING GROUP.

AND VARIOUS LARGE, MEDIUM AND SMALL JAPANESE CITIES AND VILLAGES. Not only does this map shows a large amount of theater use and heavy wear, but it also features handwritten combat annotations. Below is a list of some aerial raids and bombardments on the Japanese mainland of Kyushu in 1945. In Japan, aircraft of US Navy TF 58 attacked targets on Kyushu and Honshu (Kure, Osaka, and Kobe), destroying submarine I-205 (still under construction) and damaging many warships. Aircraft of US Navy Task Force 58 attacked airfields in southern Kyushu, Japan while 520 US Army B-29 bombers attacked urban and industrial areas south of the Imperial Palace in Tokyo.

Many buildings on the grounds of the Imperial Palace complex were destroyed. B-29 bombers of the US Army Far East Air Force aircraft attacked Kyushu, Japan from their bases in the Philippine Islands.