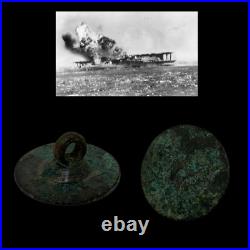 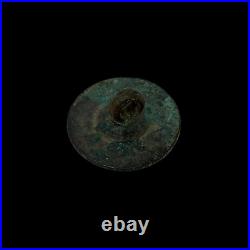 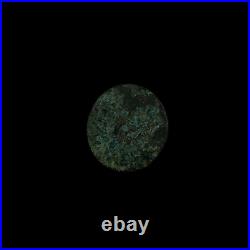 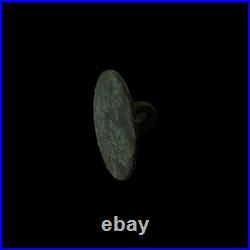 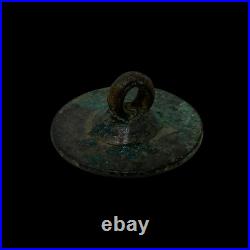 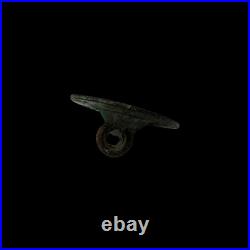 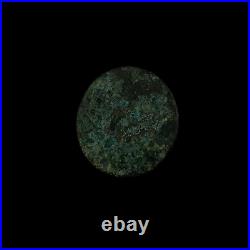 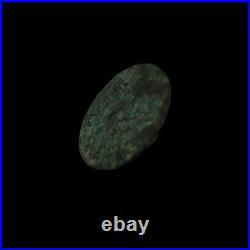 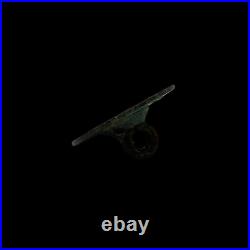 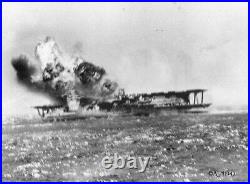 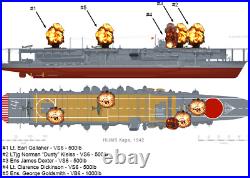 A once in a lifetime opportunity to own an ocean salvaged World War II relic from one of the most famous battles and Japanese aircraft carriers of the war. This incredible Battle of Midway ocean salvaged button was recovered from the wreckage of the infamous IJN Kaga. Was an aircraft carrier built for the Imperial Japanese Navy.

Where it was used as one of the main carriers that launched the planes that attacked Pearl Harbor. Her fortunes changed, however, at the battle of Midway fight from June 4 until June 7, 1942. There she took several direct hits from a flight of some 25 American Navy Dauntless SBD dibe bombers launch from the USS enterprise. Heavily damaged and on fire the IJN Kaga was abandoned with 811 Japanese personnel lost in action on June 4th, 1942.

Beyond Kaga, three other Japanese IJN carriers were claimed by the Americans at Midway marking the attack a critical defeat for the Japanese Navy and a private in the service of ultra crucial warships, veteran pilots, and veteran support crew. Because this button was recovered from the wreckage of the Kaga it is believed that the Japanese sailor, pilot, or support crew that wore this button was one of the 811 that was KIA during the sinking. The individual that this button comes from may have also played a hand in the attack of Pearl Harbor as well.

Quote from Japanese flight commander Takahisa Amagai (the only surviving senior officers at the bridge) during the Battle of Midway and the sinking of the Kaga. There was so much debris flying around.... Huge fires were started on the flight deck and in the hangar.... The Kaga was burning fiercely from stem to stern, and the anti-aircraft batteries were firing from induced explosion of their magazines. Even the paint on the side of the hull were burning. Much has been written about the damage inflicted on the Japanese carriers by the dive bomber squadrons from Enterprise and Yorktown on the morning of June 4th when Akagi, Kaga, and Soryu were fatally damaged. Later dive bombers from Enterprise that included orphans from Yorktown found and gutted the Hiryu. What I have put together here is a picture representation of where all the bombs landed and who was credited with the hits if one could be determined. Notes are below each picture. Sources differ on credits with hits and in some cases there was just too much confusion to determine who actually made the hit and in what order.

All this is best estimate given sources available. Where sources conflict I used the latest information or information I determined to be more accurate. This is by no means conclusive or definitive but is an interesting visual representation if nothing else. Of the 25+ Dauntless Dive Bombers that attacked Kaga there were numerous reports that more than 4 bombs struck the Kaga. Four were recorded for sure and a fifth by deductive reasoning is included.

Both #3 & #4 could have been the same bomb claimed by two pilots. However there is sufficient cause to consider that #3 hit just forward of the Island and slightly more to the center of the flight deck while #4 hit almost exactly on the Island or immediately forward as one Japanese account said the Island had been flattened as if a giant hand had crushed it.

Also the report that one hit a refueling cart that covered the bridge with burning gasoline leads one to believe another might have been the one to cause the destruction of the Island. This item is in the category "Collectibles\Militaria\WW II (1939-45)\Original Period Items\Japan\Other Japanese WWII Orig Items". The seller is "premierrelics" and is located in this country: US. This item can be shipped worldwide.