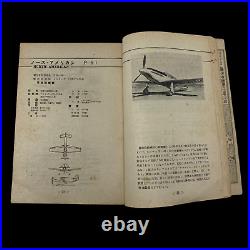 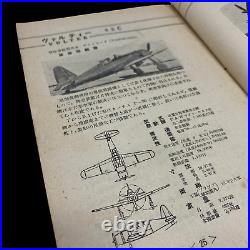 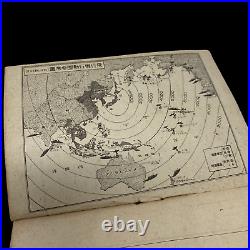 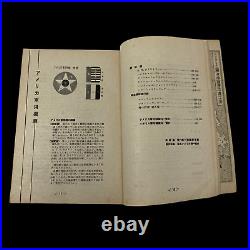 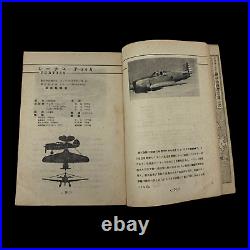 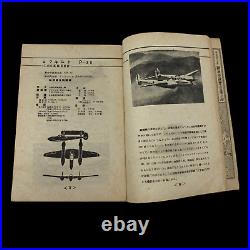 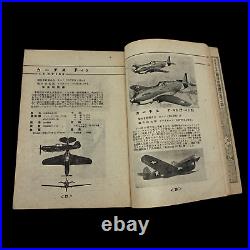 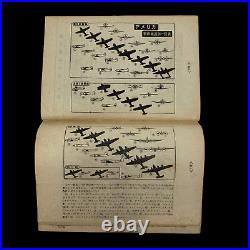 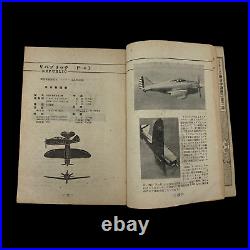 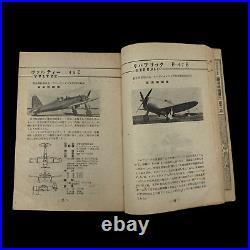 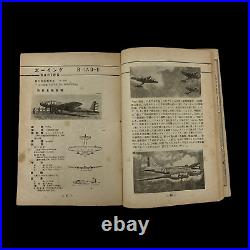 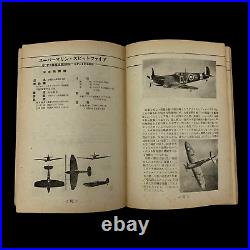 This incredibly rare WWII-era Japanese military identification manual was used to train Japanese pilots in the identification of enemy (American and British) aircraft. This manual contains some of the most updated military intelligence the Japanese had on Allied aircraft including some of the most famous WWII American aircraft such as the P-51 North American Mustang, F4 Grumman, Boeing B-17 B-24, B-23, B-25, etc. This manual also contains some of the most famous British aircraft from WWII including the Hawker Hurricane, Supermarine Spitfire, the Vickers Wellington, etc. This Japanese manual was similar to U.

And other Allied aircraft identification manuals at the time as it was vital for pilots of both sides to be able to accurately and easily ID friendly and foe aircraft in combat. The more information that could be provided including the silhouette, airspeed, manoeuvrability, weak points, and structural layout could provide that side with the upper hand in a dog fight. This is a one of kind piece of WWII history that gives and interesting look at the military intelligence of the Japanese in the Pacific Theater. This item is in the category "Collectibles\Militaria\WW II (1939-45)\Original Period Items\Japan\Other Japanese WWII Orig Items".