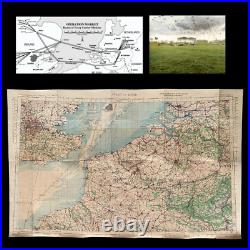 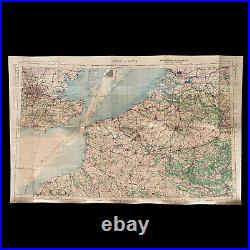 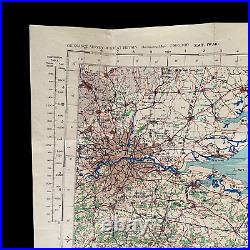 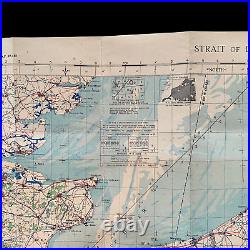 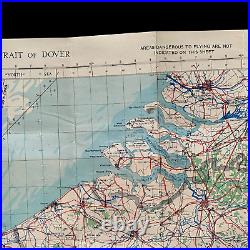 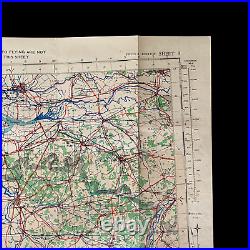 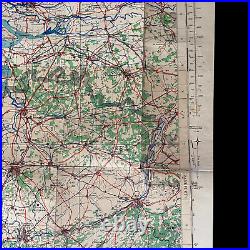 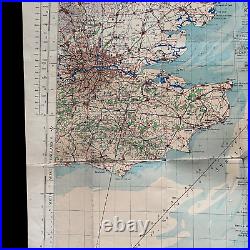 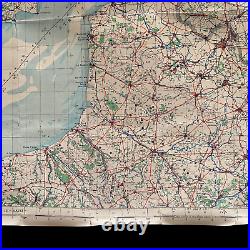 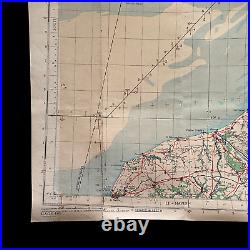 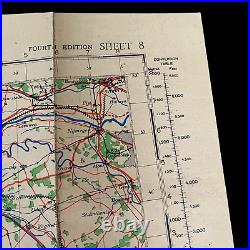 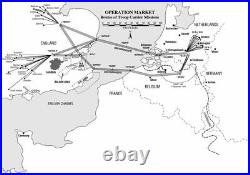 Operation Market Garden Southern Route navigation map. Shows the fly-over area from Hatfield - to Ghent - flying South of Antwerp - turn at Delois - up to Eindhoven to the DZ and LZ area of Arnhem (top left). In the summer of 1944 General Bernard Law Montgomery came up with an ambitious scheme to cross the River Rhine and advance deep into northern Germany and shorten the war. Codenamed'Market Garden', his plan involved the seizure of key bridges in the Netherlands by the 101st and 82nd US Airborne Divisions, and 1st British Airborne Division who would land by parachute and glider. Then the British 30 Corps could advance over the bridges and cross the Rhine and its tributaries. The bridges were at Eindhoven, around 20 kilometres (13 miles) from the start line, Nijmegen, 85 kilometres (53 miles), and Arnhem, 100 kilometres (62 miles) away, as well as two smaller bridges at Veghel and Grave that lay between Eindhoven and Nijmegen.

If successful, the plan would liberate the Netherlands, outflank Germany's formidable frontier defences, the Siegfried Line, and make possible an armoured drive into the Ruhr, Germany's industrial heartland. (EDITION WAR) map is was the same RAF air map carried by those apart of the Operation Market Garden troop carrier missions. This map shows the "SOUTHERN ROUTE" of the Grantham troop carriers. On 18 September 1944, Troop Carrier airplanes (mostly C-47s) rose from the many bases in England and converged on Holland over predetermined paths.

Most arrived over their drop zones as planned but some suffered accidents or were shot down by the German aircraft or ground fire. This map is in an R. (WAR) edition and is marked "AREAS DANGEROUS TO FLYING ARE NOT INDICATED ON THIS SHEET". This item is in the category "Collectibles\Militaria\WW II (1939-45)\Original Period Items\Great Britain\Personal, Field Gear". The seller is "premierrelics" and is located in this country: US.