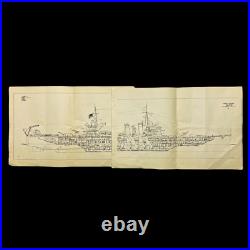 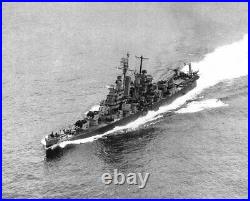 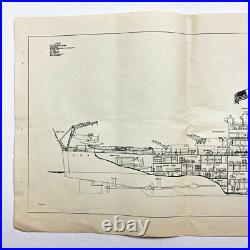 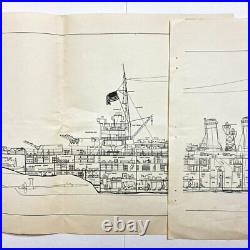 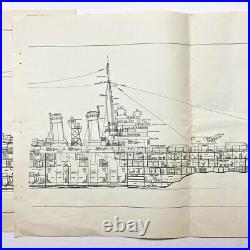 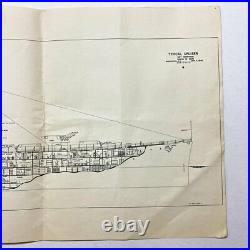 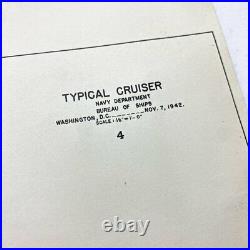 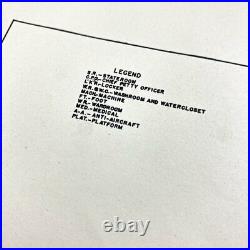 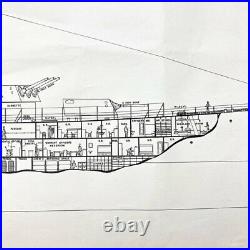 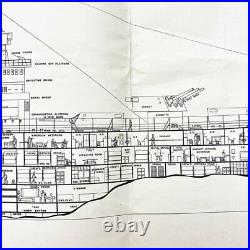 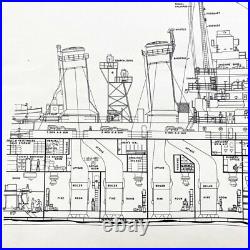 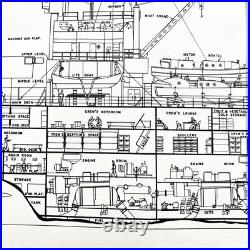 Size: 35 x 12 inches. This'RESTRICTED' blueprint type diagram poster shows the cross-section of a "Typical Cruiser", one of the U. Cruisers participated in a number of surface engagements in the early part of World War II, along with escorting carrier and battleship groups throughout the war. In the later part of the war, Allied cruisers primarily provided anti-aircraft (AA) escort for carrier groups and performed shore bombardment.

Heavy cruisers were equipped with eight or nine 8 in (203 mm) guns with a range of more than 20 nautical miles. In addition, there were 10-16 secondary guns with a caliber of less than 130 mm (5.1 in). Also, dozens of automatic antiaircraft guns were installed to fight aircraft and small vessels such as torpedo boats. Some cruisers could also carry three or four seaplanes to correct the accuracy of gunfire and perform reconnaissance. Together with battleships, these heavy cruisers formed powerful naval task forces, which dominated the world's oceans for more than a century. This poster was prepared by Newton L. Nichols, Captain of the U. Navy and Director of Training and was an instrumental tool as it was used as a training tool for WWII United States Naval officers.