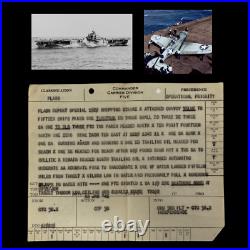 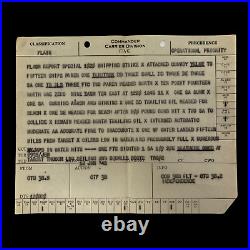 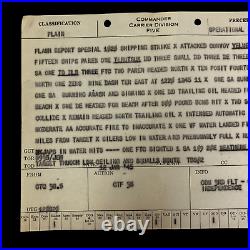 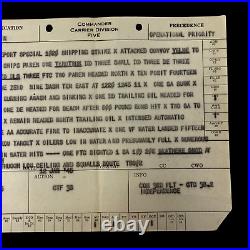 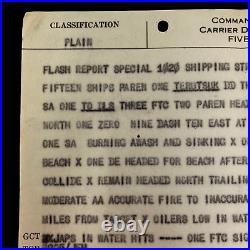 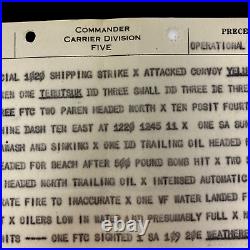 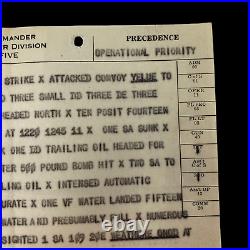 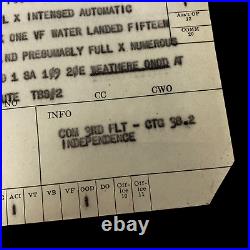 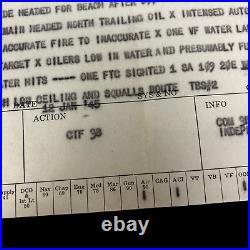 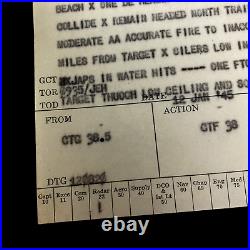 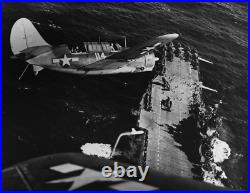 A detailed combat operation report Jan. 12th 1945 of the USS Hornet during the Volcano and Ryukyu Islands Campaign (Jan-Jun 1945).

The campaign took place in the Volcano and Ryukyu island groups. The two mainland battles in the campaign were the Battle of Iwo Jima (February 16-March 26, 1945) and the Battle of Okinawa (April 1-June 21, 1945). One major naval battle occurred, called Operation Ten-Go (April 7, 1945) after the operational title given to it by the Japanese. This rare WWII USS Hornet USN Pacific Theater combat report document is a U.

Dated January 12th, 1945 this original combat combination report provides an extremely rare look at offensive strikes carried out against the Japanese forces in the Pacific Theater by the Carrier Stike Force. These reports detail some of the most famous battles and offensives of the Pacific and were meant to inform high command and officers for future strategical combat decisions. USS Hornet WWII Campaign History: USS. Class aircraft carrier built for the United States Navy (USN) during World War II.

CV-12 had a distinguished World War II career that included the invasion of Saipan and the Battle of the Philippine Sea, the amphibious landing on Palau, the Philippines, Iwo Jima and Okinawa and strikes against the Japanese home islands. Received seven battle stars and the Presidential Unit Citation during World War II. In 18 months of combat operations, USS. CV-12 achieved the following combat record. 668 Japanese planes shot down. 742 Japanese planes were destroyed on the ground. Aircraft burned 5,644,800 gallons of aviation gasoline.