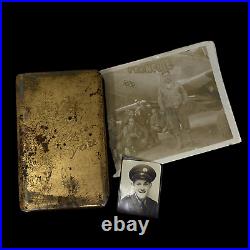 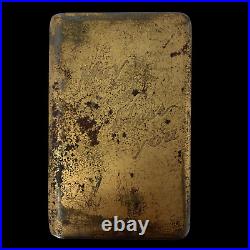 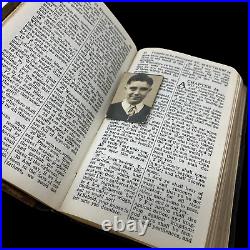 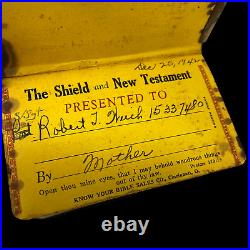 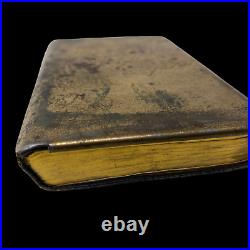 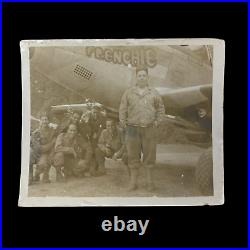 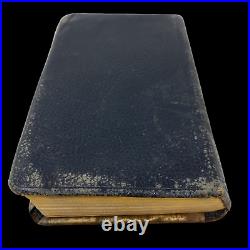 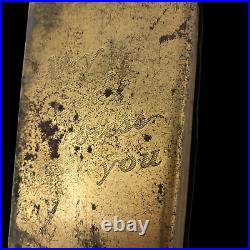 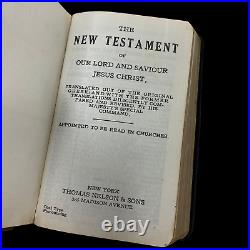 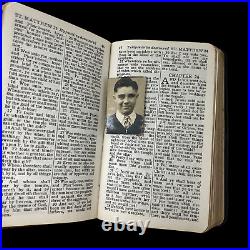 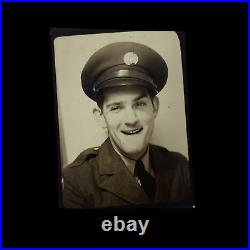 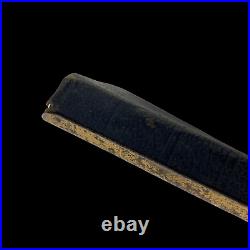 This incredible WWII heart-shield bible was gifted to Sgt. Weich (15337480) of the infamous "Hell Hawks" 365th Fighter Group. In arguably one of the most famous fighter groups of World War II, providing aerial support during the June 6th D-Day landing in Normandy and the Battle of the Bulge! Weich is historically recorded as serving in the 365th Fighter Group - 388th Squadron with service records from May 1943 to September 1945. What makes this New Testament heart-shield Bible incredibly unique is that it was gifted in 1942 as Robert T. Weich entered service following the attack on Pearl Harbor in December of 1941. This bible was carried by Sgt. Weich throughout WWII and the entire Hell Hawks combat campaign in the European Theater. On page 47 of the bible is a bookmark left by Sgt. Weich of what is believed to be his younger brother. This lot also comes with original WWII photos of Sgt. Weich as well as a rather humorous group photo of some of the Hell Hawks members. The 9th Tactical Air Command and the Hell Hawks flew in direct support of General Hodges First Army. Protect the ground forces from enemy air attacks and destroy any and all obstacles on the ground that prevented our forces from advancing. On two occasions to support Patton's Third Army.

The first was shortly after August 1, 1944. The second was during the last months of the Battle of the Bulge. The Hell Hawks were active against specific targets on D-Day before, during and following.

This was the first company breakthrough in the Battle of the Bulge in taking Germany. The Hell Hawks were the first group to move into Germany on March 17, 1945 at Aachen and the first to fly a combat mission off a German soil ever! The remaining eighteen to twenty groups followed nine days to five weeks later. The Hell Hawks flew combat from February 22, 1944 through May 4, 1945, totalling 14.5 months.

They flew combat from eleven airfields or airstrips moving more times than any other fighter-bomber group in the 9th Air Force. Constituted as 365th Fighter Group on 27 Apr 1943. Activated on 15 May 1943. Moved to England in Dec 1943. Began combat operations with Ninth AF in Feb 1944.

Engaged in escort activities and flew dive-bombing missions to attack such targets as bridges, airdromes, rail facilities, gun positions, and V-weapon sites prior to the invasion of the Continent. Attacked rail targets and gun emplacements in France during the invasion on 6 Jun. Moved to the Continent late in Jun and continued to dive-bomb targets during the succeeding weeks of the battle for Normandy. Bombed targets near St Lo in Jul to assist Allied forces in breaking through German lines at that point, and supported the subsequent drive across northern France during Aug-Sep. In Sep, also flew patrols in cooperation with airborne operations in Holland.

Cited by the Belgian government for assisting Allied armies in the period from the invasion of Normandy through the initial phases of the liberation of Belgium. During the fall of 1944, operated in connection with the seizure of Aachen and aided ground troops in the offensive toward the Rhine, receiving a DUC for destroying and damaging numerous enemy fighters over the Bonn-Dusseldorf area in Germany on 21 Oct. Received second Belgian award for actions during the Battle of the Bulge when the group struck such targets as vehicles, rolling stock, marshalling yards, gun positions, factories, and towns. Provided cover during airborne operations across the Rhine in Mar 1945 and supported the drive into Germany. Awarded second DUC for operations on 20 Apr 1945 when the group attacked airfields, motor transports, and ammunition dumps to aid the Allied advance through southern Germany. Ended combat in May and took part in the disarmament program until Jun 1945. Moved to the US in Sep. Inactivated on 22 Sep 1945. Bases of the Hell Hawks: Richmond, VA, AAB, 11/4/43-12/18/43 Gossfield, Essex, England, 12/23/43 (P-47's operational 2/44) Beaulieu, Hants, Englan, 3/5/44 Azeville, France (Fontanay-Sur-Mer)- Strip A7, 6/27/44 Balleroy, France- Strip A12, 8/15/44 Bretigny, France (Paris)- Strip A48, 9/3/44 Juvincourt, France (Reims)- Strip A68, 9/11/44 Chievres, Belgium (Mons)- Strip A84, 10/4/44 Metz, Alsace Lorraine, France- Strip Y34, 12/25/44 Florennes/Juzaine, Belgium, 1/20/45 Aachen, Germany, 3/17/45 Fritzlar, Germany, 4/12/45.

Hell Hawk Unit Citations: A listing of the decorations and campaign ribbons that the members of the Hell Hawks may wear. The actual citations or each of the noted decorations and campaigns are included except for the three Belgium decorations. The Belgium Croix de Guere citation appeared in the New York Times in December 1946. The other two are noted in Combat Squadrons of the 9th Air Force, World War II, edited by Mauer Marer, Historical Research Division (Washington: Government Printing Office, 1969).