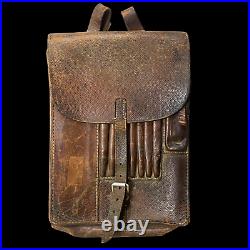 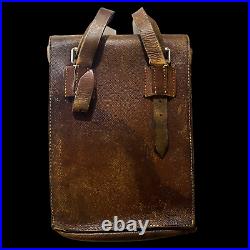 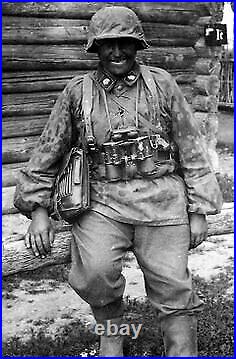 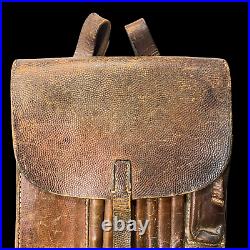 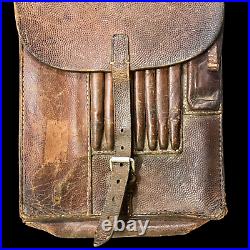 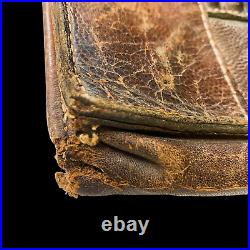 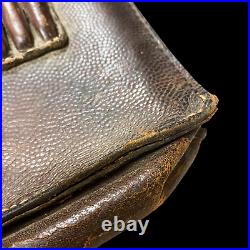 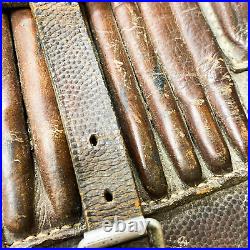 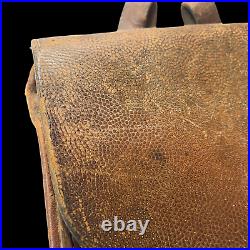 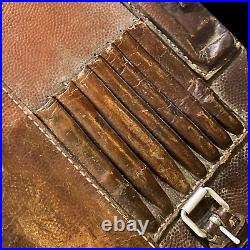 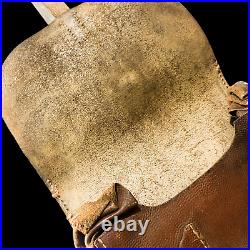 Size: 7.5 x 12.5 inches. This original World War II salty condition German M35 map/dispatch case was captured by a WWII U. Veteran of Virginia who fought in the Battle of Normandy, a fierce battle which took place immediately after the successful Allied landings on 6 June 1944. This map case was sent back along with other captured German items from the early Normandy campaign and Battle of Cherbourg. This leather case is in absolutely incredible condition with average combat where that you would expect from a period piece of this caliber.

The M35 map/dispatch case underwent a front closure modification in mid-1936, and an additional small front pocket was added in 1938, although the early pattern cases continued to be manufactured through-out the war. The M35 map/dispatch cases were issued with assorted map reading tools, instruments and accessories. Regulations dictated that army issue maps were exclusively for use of army personnel and that any reproduction or improper usage were punishable offences.

German army maps were generally named and numbered and were issued as required. While it will forever be lost to history what German infantry, division, unit and soldier this M35 map case once belonged to, it is evident that it played a key and extensive role in German troop movements and possibly supply lines before and during the Allied invasion of Normandy in Operation Overlord during World War II. Codenamed Operation Neptune and often referred to as D-Day, it was the largest seaborne invasion in history where soon they would turn their sights on the German port city of Cherbourg. The item "Rare WWII Veteran Battle of Normandy Captured German (M35) Leather Map Case" is in sale since Friday, February 19, 2021. This item is in the category "Collectibles\Militaria\WW II (1939-45)\Original Period Items\Germany\Personal, Field Gear". The seller is "premierrelics" and is located in Bloomington, Illinois. This item can be shipped worldwide.