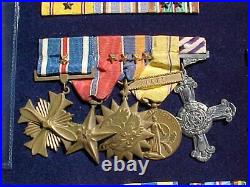 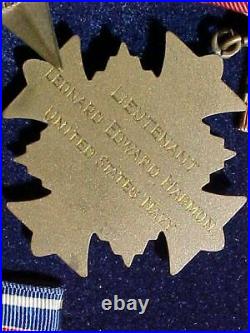 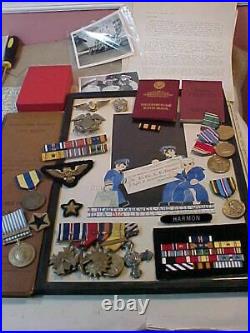 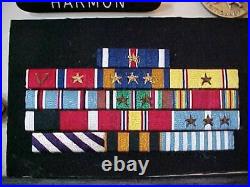 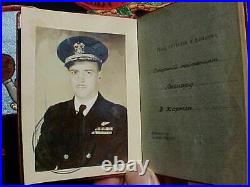 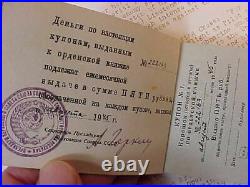 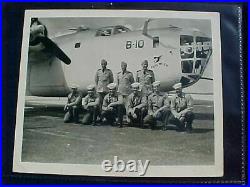 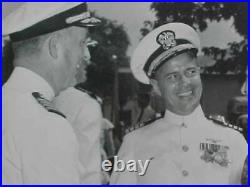 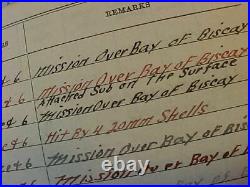 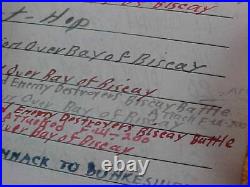 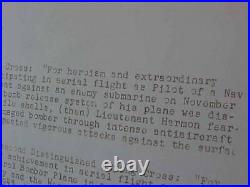 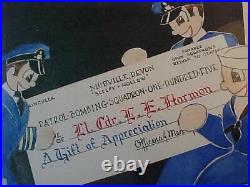 ULTRA RARE WWII USN PILOT LOT AWARDED US & BRITISH DFC / RUSSIAN OG3 U966 BATTLE. Massive one of a kind holy grail USN ETO squadron CO grouping. Captain Harmon enlisted in 1933, US Naval Academy 1938, USS Saratoga, WWII CO of VPB-105 flying PB4Y-1s out of RAF Station Dunkeswell England. Harmon was piloting his aircraft on Nov 10, 1943 when he became involved in a legendary battle of aircraft vs surfaced U-Boat - the U-966 commanded by Eckehard Wolf. The U-966 fought an extremely long running tag team battle - 1st vs a No.

612 squadron Wellington bomber, then a No. 407 sqdn Wellington which was shot down by U-966s deck gun, Harmon next jumped in and took damage from AA fire disabling his bomb bay doors, then a VB-103 PBY followed by one from VB-110, lastly a No. 311 Sqdn Czech Liberator forced the U-Boat capt to scuttle the boat off the coast of Spain with 6 dead and the rest captured. For this fight he was awarded a US and British DFC and the Russian Order of Glory 3rd Class.

He is one of a handful of US officers to be awarded the OG3 and the British DFC is a scarce award to US pilots as well. Post war he assumed many different commands until retirement in 1968. The group includes his mounted medal bar with engraved US DFC and 1945 dated British DFC.

The OG3 wouldn't have been worn due to cold war relations. His bronze star, air medal, etc are present as well, the Russian photo ID book and award book, outer box for the OG3 are present but the family kept this medal. A period OG3 would display well and the award booklet does not record it's number.

Author David Schwind kindly featured Harmon and this memorabilia in his excellent book "Blue Seas, Red Stars" which features the small world of those US sea service members who were awarded Soviet medals. A one of a kind grouping. My photos do not do it justice and I cannot show or describe everything so ask all questions please. Please see my other auctions for more estate military items. Thank you and good luck!

Add a map to your own listings. The item "ULTRA RARE WWII USN PILOT LOT AWARDED US & BRITISH DFC / RUSSIAN OG3 U966 BATTLE" is in sale since Sunday, January 26, 2020. This item is in the category "Collectibles\Militaria\WW II (1939-45)\Original Period Items\United States\Pins"." and is located in East Northport, New York. This item can be shipped to United States.