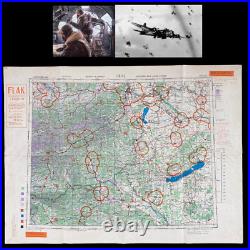 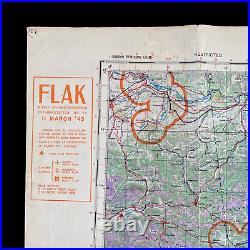 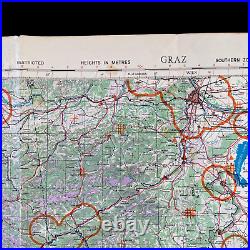 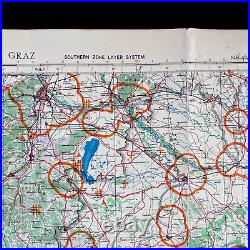 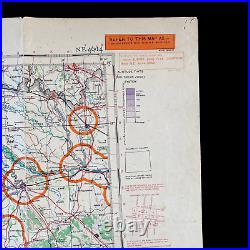 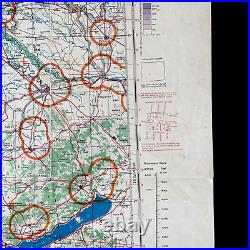 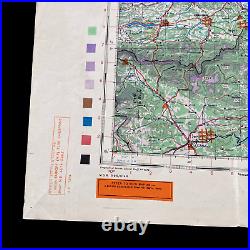 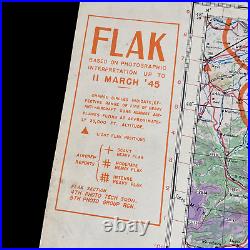 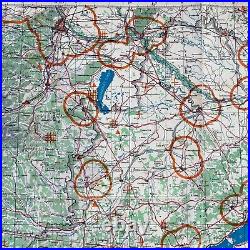 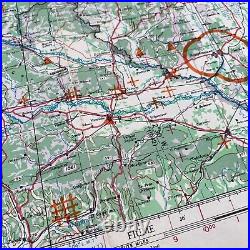 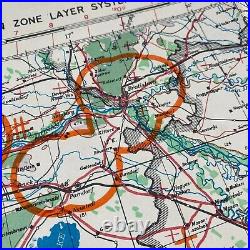 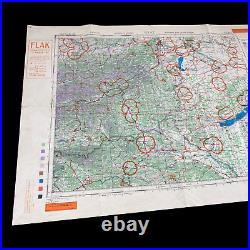 Comes with a hand-signed C. This incredibly rare and museum-grade WWII B-17 "EUROPE (AIR) FLAK OVERPRINT" map shows heavy use and mission wear. This map showing German Anti-Air gun and FLAK ranges was.

In World War II, to protect the Third Reich's cities and industrial sites from Allied bombers, the Nazis ringed them with huge numbers of anti-aircraft guns. These were called, in the singular. By cobbling together the first letters of each element of the longer compound word, this was typically shortened to'FlaK'. These weapons became the terror of Allied airmen flying bombing missions in the European Theater, their machines lashed with lethal showers of metal shards. Would note on 16 September 1940 that'The word "Flak" is probably used in every Bomber Command pilot's report after a raid on Germany. FLAK maps were not heavily produced during WWII and were only done in very small batches using the most updated intelligence, after action reports from other raid missions, as well as updated aerial photos of the area. This would have been the main map used by the B-17 navigator as it was used it to target and navigate to some of the most famous aerial targets in Austria such as Wien (Vienna) and Graz.

Graz was of strategic importance to Hitler as it was used as a distribution point for fuel to be sent to other the countries in the control of Nazi Germany - which was why for the Allies it was a target. Graz, Austria's second largest city, was one of the most bombed cities in the country with around 7,802 buildings destroyed. Alongside Vienna it was of strategic importance to Hitler as it served as one of the main distribution points for raw materials plundered across Europe, such as crude oil from refineries in Hungary and Romania. The Allies focused attention on bombing the city's railroad lines, storage depots, stations, shops, and marshaling yards in an effort to stop the Nazis moving their fuel around.

The bombing raids, while achieving their goal, came at a cost and the city's population suffered 1,980 civilian deaths by the end of the war. The city of Vienna in Austria was bombed 52 times during World War II, and 37,000 houses of the city were lost, 20% of the entire city. Only 41 civilian vehicles survived the raids, and more than 3,000 bomb craters were counted. This item is in the category "Collectibles\Militaria\WW II (1939-45)\Original Period Items\United States\Field Gear, Equipment".