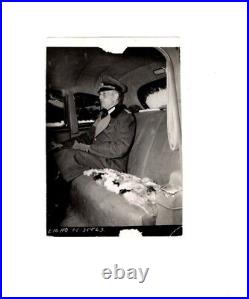 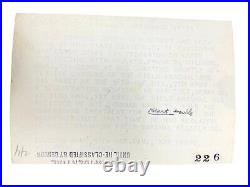 WW2 RARE Photo GERMAN FIELD MARSHAL VON RUNDSTEDT POW ORIGINAL SIGNAL CORPS WWII. Here we have a VERY RARE authentic Signal Corps ETO photo of Von Rundstedt being captured and taken away for questioning. This is the distinct, super hard to find ETO style photo with the black border and legendary white text. DO NOT MISS THIS ONE! The photo measures 5" x 3.5" and comes in a protective plastic sleeve.

The back is hard to read from the scanned image but it says, Field Marshal Gerd Von Rundstedt and members of his party leave C. Of XXI Corps and enter staff car preparing to leae for meeting with Maj. XXI Corps at his quarters shortly after the capture of the Field Marshal and his party by the 36th Inf. 7th Army in a recuperation hospital in Bad Tolz, Germany at 2100 hrs, 1st May. The Field Marshal has relieved of his command March 15, 1945 and undergoing treatment for heart trouble.

The hospital since that time. He was replaced in his command by Field Marshal Kesserling. This item is in the category "Collectibles\Militaria\WW II (1939-45)\Original Period Items\United States\Photographs". The seller is "theww2attic" and is located in this country: US. This item can be shipped to United States.