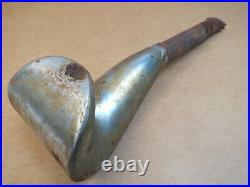 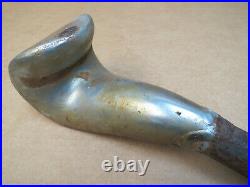 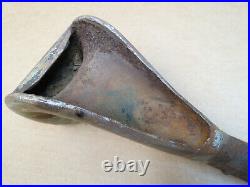 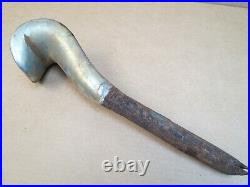 RARE "Original" WWII era Military Naval Aircraft Tail Hook End. You can see that it has been used in Aircraft Carrier landings by the worn area where the arresting cable hooked into the Tail Hook during carrier landings. I do not know what type of WWII Naval Military Aircraft it was used on.

It was cut off to preserve the Tail Hook portion. An old WWII pilot who saw it has described it as an F6F Hellcat Tail Hook but it could be one of many such WWII era Naval Carrier Aircraft. This RARE WWII era collectable item could be mounted onto a plaque and hung on the wall or mount it upright and put it on your desk.

The seller is "*txsgal*" and is located in Dallas, Texas. This item can be shipped worldwide.